Anatomy of a perfect location, with and without big data

Your use of heuristics could be costing you millions

What’s a heuristic? In layman’s terms, it’s judging a book by its cover. It’s when you decide on something based on limited information, just like Pavlov’s dog salivating when it hears a bell. As humans, we use this approach constantly because it’s incredibly efficient. Instead of watching an entire movie, we first look at the trailer. Before eating an entire meal, we first look at the menu. And when choosing retail locations, we simply glance at ten or so factors, make a call, and call it a day. 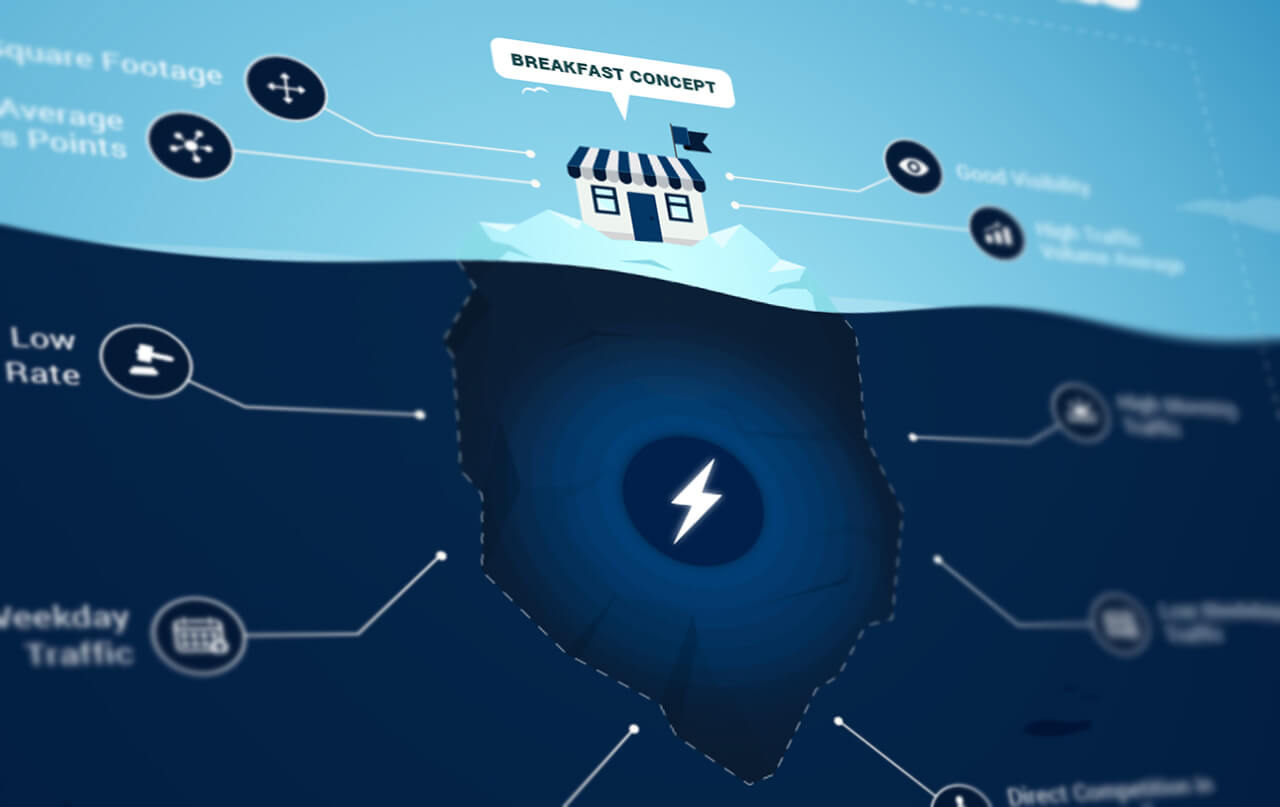 But, as Michael Krupp, former owner of Persephone, a Boston-based restaurant, learned the hard way, heuristics can be fatal. According to the Boston Globe, Krupp opened up “in what now seems like the perfect spot: Fort Point, surrounded by luxury condos, artists’ lofts, upscale restaurants, and one of the country’s best breweries. The innovative concept, with DJs and video games under the same roof as high-end fashion and food, got tons of buzz.” Yet despite this and despite how hot the Fort Point market still is today, Krupp told the Globe, “We got murdered.”

What went wrong? The concept was lauded for its design, service, food, and even prime location – yet hundreds of other microscopic factors led to an expensive and painful closure and the irrecoverable loss of a multi-million dollar investment. For Krupp and many restauranteurs like him, knowing the population density, foot traffic, crime rates, and property values simply wasn’t enough. He also needed to know the budgets of individual consumers, their psychographics, and how millions of other points of data swirled and interacted to affect performance.

Without all that, his guess was as good as yours or ours. Put simply: He needed a way to view the bigger picture, and that required bigger data.

Big data allows business owners to see not just the visible points of interest, but analyze the entire submerged iceberg of factors: by using artificial intelligence to probe millions of other locations and their failure rates based on audiences, traffic, weather, and you name it, you can arrive at decisions that are far closer to the truth.

Big data is the answer to heuristics. And sure, even after all of this, some of you will point out that there’s still no such thing as a guarantee, and you’re right. Every site performs uniquely no matter how you try to quantify it, but big data at least takes us 80% of the way there.

And wouldn’t you rather have a high degree of certainty than none? 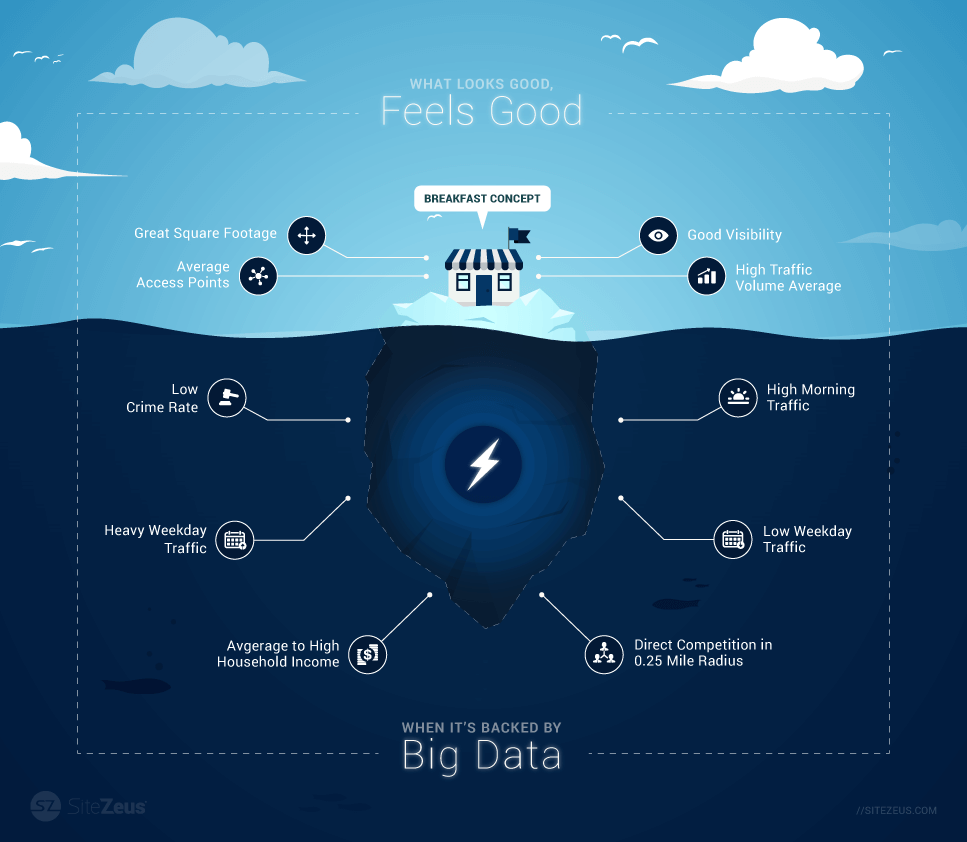